The Sin Next To Power

The saying may be old, but it’s more relevant than ever. From the world stage to the community stage, too many people use the slightest bit of authority to benefit themselves. Sometimes they do so with no thought to the damage they do to others, sometimes they tell lies to hide their true intentions, and sometimes they just don’t care.

But those left in their wake do care.

In the last few months, weeks, and even days, the fallout from multiple instances of abuse of power has seeped into both my personal and professional life.

But, like so much in life, I’ve had to make a choice. I can either ignore the problems or I can can learn from them. 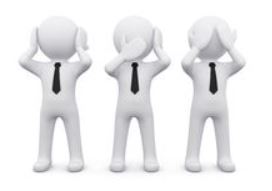 I’ve chosen to learn, and here’s what I’ve figured out:  people only abuse their power because other people let them.

Sometimes, people allow the abuse of power because they think they too will benefit. They realize what is happening is wrong, but the potential  gains outweigh the immorality of the situation. So they say and do nothing.

Sometimes people are afraid to call out the wrong doing. They fear they’ll be hurt, someone they care about will be hurt, or that an institution or organization in which they are invested will be hurt.  So they say and do nothing.

Sometimes people believe more in institutions than they do people, and they will do all they can to protect those institutions. So they say and do nothing.

Sometimes people are in such awe of power that they truly believe that the abuse of power is justified. Or they believe that those who are abusing the power somehow earned and deserve to be where they are and to do what they do. Or they were taught not to question authority.  So they say and do nothing.

These may be excuses, but they should never be excusable.

In the end, people who abuse their power only do harm: to people; to communities; to organizations; to institutions; and even to countries.

And while their behavior is reprehensible, looking the other way when abuse occurs is what allows it to continue.

It’s the sin that sits next to power. 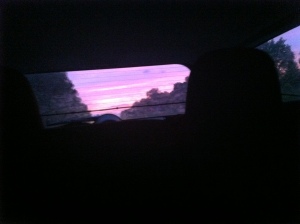 The other day, my daughter and I were driving through Western Maryland just as the sun was setting.

I don’t generally watch the sunset, unless I’m at the beach.

But on this particular evening, the whole sky turned pink, and I couldn’t stop gushing.

I also couldn’t stop thinking about something my mother used to tell me.

As my daughter grabbed my phone and tried to photograph the beauty, I knew she wouldn’t really capture it.

But her photo does remind me of how humans will never be able to capture the magnificence of nature.

And even when we try through ditties and poems, neither can we capture the power it holds over us.

But we CAN capture glimpses of both. 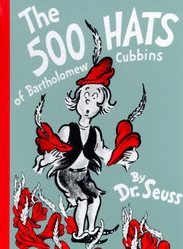 I discovered the genius of Dr. Seuss before I knew he was the author of such books as The Cat in the Hat, Horton Hears a Who and Green Eggs and Ham.

The first time I opened the pages of The 500 Hats of Bartholomew Cubbins, I fell in love with the story and its lesson.

Bartholomew Cubbins was poor, but he did his best to follow the law, which required him to take off his hat when in the presence of the king.

Unfortunately for Bartholomew, every time he removed one hat, another immediately took its place. Then, after removing hundreds of similar hats, each new hat started becoming more extravagant than the previous.

After Bartholomew was threatened with death for his inability to go hatless, he finally removed the last hat, which was decorated with gold and jewels.

The king was so impressed that he not only granted Bartholomew a reprieve for wearing a hat in his presence, but he also purchased the last hat for himself.

Even as a child, I got the message: there will always be people who abuse their power in order to make themselves feel important. Often, we are forced to comply to protect ourselves. But eventually, if we persevere and do the right thing, we will prevail while those who worship power continue to struggle with their own weaknesses.

That lesson always makes me smile.

Day 15: The Scent of Honeysuckle   Day 14: Clip of Kevin Kline Exploring His Masculinity

Day 5: The Perfect Photo at the Perfect Moment     Day 4:  Jumping in Puddles 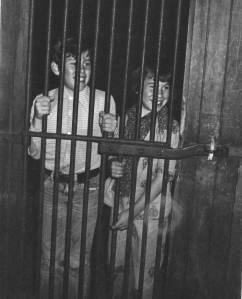 Apparently, I’ve never been very impressed by men with power. If  I had been, my life may have changed forever when I was seven years old.

But I wasn’t, it didn’t and all I have to show for my brush with fame is yet another story about how headstrong I can be.

There are a lot of those stories, but only one about my brief encounter with Hollywood.

A television crew had arrived near the small town where I lived in Central Oregon.  At the time, my mother was an enthusiastic newspaper reporter who never missed an opportunity to combine her job with the opportunity to expose  her family to a world bigger than the one where we lived.

As I recall, I was already impressed with the world around me.  But then, my memory may be a bit biased. One of the advantages of living thousands of miles from your childhood home is that distance enhances the warm fuzzy glow of nostalgia.

And when it comes to my childhood, I am a completely nostalgic  for everything that isn’t part of my adult life:  sagebrush and juniper trees, cattle drives and rodeos and, most of all, ghost towns.

I loved visiting Shaniko, the ghost town near our home.  I loved the stagecoach. I loved the jail. And most of all, I loved the old hotel with the wooden Indian standing guard next to the front door.

Apparently Hollywood felt the same, because Shaniko was the site of an episode of the short-lived television show “Movin On.”

(Thanks to the internet, evidence of that event still exists at http://www.fredmiranda.com/forum/topic/875245. I’m even convinced my dad is

in the third to last photo standing just to the left of  a sign that says ‘Home Style Cafe.)

And while I was completely bored, my brother sensed opportunity and tried to seize the moment. Every time the cameras started rolling, he started coughing.  There was no doubt he was determined to get his voice heard on national television.

The director was just as determined that it would not be heard.

And the battle between the two became epic.  At one point, the frustrated director took a break to mingle with the crowd.

But he didn’t do much mingling.

Instead, he headed straight for my family.

I was hoping that he was going to ask us to leave or at least give my brother a muzzle. Instead, he focused all his attention on me and serenaded me with “Raindrops Keep Falling on My Head.”  He ended the song by kissing me on the forehead.

Our family left shortly after the incident.

Since then, I’ve often wondered if the director had recognized potential in me. I like to think so, although he probably just felt sorry for me because I had such an annoying brother.

Whatever the reason, he singled me out, and I didn’t provide the reaction he was most likely hoping for. Because, even back then, I didn’t like feeding the ego of people in positions of power. I still don’t.

But I’ve also come to recognize all the opportunities I’ve lost because of that.

Acknowledging their power, or perceived power, doesn’t mean I’m giving up mine.  When I’ve rushed to judge people who seek the limelight , I’m most likely the person who is losing something.  After all, the television director in Shaniko didn’t need to sing to me to build up his ego.  He probably just saw a little girl in a crowd and wanted to make her feel important too. And I didn’t give him that chance.

And I’ll never have that chance again.

But other opportunities may arise, and when they do, I’m hoping the memories I make don’t end with “what if.”

Because a life with “what ifs” is similar to a ghost town:  a shell of what could have been with few opportunities to make new memories.