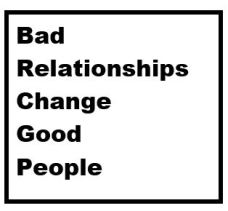 We’ve all been there.

We’ve had friends in relationships that we know are unhealthy for them.

To us, the problem is so obvious: our friend is being manipulated, or lied to, or charmed by money, good looks, popularity or power.

We know that our friend is being used by someone who doesn’t have his/her best interests at heart, and we try to warn them.

But they don’t want to hear what we are saying. “The relationship is special – you just don’t understand,” they tell us. “They are in love,” they say. And sometimes they even accuse us of being jealous.

When the relationship falls apart, our friend asks, “why didn’t anyone warn me?” And, because we care about our friend, we stifle the “I told you so,” and support then in their time of need.

Recently, I realized how many Trump supporters are like those friends in bad relationships. I’ve read articles about how the more we try to be rational, the more the more they cling to their presidential choice. Trying to argue using facts is pointless when they trust only information that affirms their own belief system.

They are so wrapped up in their sense of triumph, winning, and ideology that they refuse to see who Trump really is, how little he cares about other people, and how he is using lies to appease his base of support.

In other words, staunch Trump supporters are still in the honeymoon phase of their new, yet dangerous, relationship.

But in this case, I can’t accept that I will someday be forced to stifle an “I told you so.”  That is simply unacceptable.

Unlike other relationship choices, this one not only affects me but has a devastating impact on those who have lived their lives trying to overcome poor relationships with people in power.

Individuals who have been marginalized because of their race, religion, sexual orientation or even country of birth have too often been on the losing end of bad relationships.

And since many of the individuals who chose that relationship for them are actually delighting in those struggles, I must say this to Trump supporters:

Instead, knowing that I fought hard for everyone, despite their bad decisions, will be good enough for me.