← And Then I Didn’t Care
What Churches Shouldn’t Do → 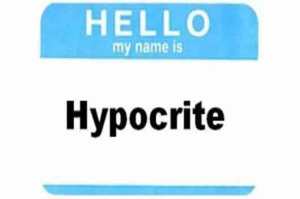 A couple of weeks ago, a friend called me a hypocrite because, for a few hours, I didn’t want to focus on someone else’s problems.

I am, after all, a social worker. Not only has my career been dedicated to ” being the change I seek in the world,” but my profession follows me into my personal life like a hungry dog seeking a treat.

Sometimes I believe there is a permanent thought bubble hovering over my head that says “Talk to me – I care.”

Just this week, a man stopped my daughter and me while we were out walking our dog. He wanted to tell me about a dog he used to have. The conversation quickly turned to his life as a young African-American man growing up in the projects of Baltimore in the 1970’s and about the racism he experienced.

Fifteen minutes later, my daughter and I said goodbye to him. As we walked away, Kendall, simply asked, “Complete stranger?”

I nodded in affirmation.

Here’s the thing: I care about people. I care about other people a lot. I hate injustice. I can’t stand putting profit over people. And I abhor when religion or national origin or the ability to speak English are used as excuses to discriminate.

But here’s the other thing: I’m human. I have my own issues, insecurities, and  flaws. I can be self-centered and insensitive. I actually get tired of hearing about everything that is wrong with the world when I’m struggling with my own problems. And yes, at times I can be hypocritical.

But there is a big difference between having a bad moment or a bad day and living life as a hypocrite.

At least I think there is. I certainly hope I’m not fooling myself. Because, from what I can tell, the worst offending hypocrites completely fail to see any hypocrisy in their words or behavior.

Which is why I’m more than willing to share a few simple examples I’ve recently observed.

This is far from a comprehensive list, but to be honest, I doubt the people I am writing about will read these words anyway. And even if they do, they probably won’t recognize themselves.

But I had to write all of them anyway – including the ones about my own imperfections.

As the saying goes, “I would rather be known in life as an honest sinner than as a lying hypocrite.”

I live in the Eastern Panhandle of WV, with one dog, two cats, a daughter and son at West Virginia University and a husband who works strange hours. When I'm not working as a director at a nonprofit social service organization or being a mom, I can generally be found riding my bike, walking my dog and stirring things up.
View all posts by Trina Bartlett »

← And Then I Didn’t Care
What Churches Shouldn’t Do →