No one ever said that doing the right thing is easy nor is it always the popular thing.

But people who do the right thing despite the risks are always to be commended.

I am extremely fortunate to live a life surrounded by such people.

Day 198: People With Courage to Do What is Right 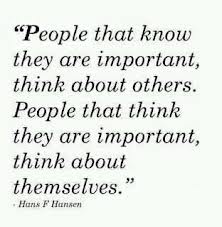 In a meeting this week, I was unusually quiet as I listened to well-intended individuals talking about what they could to help the homeless in our community.

One man, who is still homeless but also conducts outreach to help others, took my breath away.

“I had a few dollars and I bought her a coat. It wasn’t my money anyway. All money is God’s money.”

I’m generally a person who strives to change systems because I know the work of one person is  limited. But then I look at the accomplishments of Nelson Mandela and of Scott, the homeless helper, and I realize the power of one person.

There is something absolutely inspiring about people who live to serve others.

I was picking my daughter up from dance and my husband was waiting for my son’s holiday concert to start when I received the text.

“I didn’t even know the guy, but I am still in tears.”

I called my husband to ask what had happened.

“Nelson Mandela died,” he said. “And it’s not just that. It’s what everyone is saying about him.”

Our generation doesn’t have a lot of heroes. Constant media attention exposed the mistakes and faults of  leaders, athletes and politicians.

His words will stay with us forever.

And even though we mourn the loss of Nelson Mandela, one of our only true heroes, we also celebrate his accomplishments and all the good he leaves behind.

His good works will always make me smile.

There is something incredibly inspirational about  people who overcome great odds, and, in the process, make the world better place for the rest of us.

Most of these individuals didn’t just do great things, they also said great things. Their words will be inspiration for generations to come.

As a young girl, I became fascinated and inspired with the story of Helen Keller. I always figured if she could do great things, maybe I could too. And even though she couldn’t hear or see, she could still express herself beautifully.

Her story always makes me smile.

The essence of our conversation was that we categorize the most memorable events of our lives by the year they occurred. Because of that, we automatically label certain years as good or bad.

Based on that, the year 2013 has been a bad year. People  I care about  are hurting.

Some are dealing with addiction in their family.

Some are dealing with divorce.

Some are dealing with employment issues.

And some are dealing with a diagnosis of cancer. Again.

Even worse, all of these individuals have incredible compassion for others. They are selfless and generous and, most importantly, they are positive. They talk about moving on and about miracles.

Some day when I’m more removed from immediate crises, I will reflect back on the year 2013.  Even though I’ve experienced more sorrow than celebration, I don’t know that I could ever categorize this as a bad year.

I will simply categorize it as a year that my friends became my heroes.

And that will always make me smile.

Most of My Heroes Don’t Carry Guns 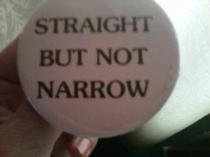 Which means I’m being inundated with reminders about what the holiday means …  a time to remember those we’ve lost, particular those who served in the armed forces.

I understand that. I appreciate that. And I even recognize the importance of supporting those who have served our country — regardless of whether or not we believe in the cause.

But the rebel in me questions if our eagerness to honor members of the armed forces has almost become so cliché that we don’t really consider what being a hero is – and what it’s not.

Being a hero isn’t about a title or a position… it’s about a behavior. It’s about putting your own reputation, sense of comfort or even life on the line for the greater good. It’s about fighting the fight for future generations rather than for ourselves.

And sometimes we forget that there are different types of battles to fight.

My concerns surfaced again when, over the weekend, I was trying to do some “spring is almost over” cleaning.

I found a button that said “Straight But Not Narrow.”

Given the recent national debate over gay marriage, I smiled when I realized I had been given the button more than 20 years ago. My smile soon turned to sorrow when 1) I realized that in the past 20 years, our nation really hasn’t come that far and 2) The person who gave me the button died years ago.

His name was Roger, and he died of AIDS.

He, like so many in our armed forces, died in the middle of a battle and with a great deal of honor.

Roger never hid his HIV status. Nor did he hide is sexual orientation.

In fact, Roger was one of the most open people I’ve ever met. If you asked him a question, he never sugar-coated the answer.  He sometimes gave you more information than you wanted, but he never pretended the truth was pretty.

Roger will always be one of my heroes: those people who not only stand up for what they believe,  but who put their own reputation and livelihood on the line to defend what is right.

Before he was infected with HIV and before his partner died of AIDS,  Roger owned a hair salon.

That was his life before AIDS.

His life after AIDS was dedicated to educating West Virginians about the disease.

West Virginians are good people, but they  aren’t exactly progressive… just check out their track record in the last few elections.

But Roger didn’t let closed-minded people get in his way.  He knew that closed minds are like closed doors… they just need the right key to open or unlock them. And once they are unlocked, options and possibilities greatly increase.

Roger was the key to opening more minds and more doors than he ever knew.  And the  possibility he was seeking was a country where  no one was infected with HIV again.

And so Roger knocked on and  sometimes knocked over closed doors so he could  share his message. He went to service clubs. He went to other types of clubs.  He went to churches. And he went to schools.

He went wherever he could be heard and wherever people would actually listen.

His voice was definitely heard, and people definitely listened.  I have no doubt Roger saved lives.

The only life he couldn’t save was his own.  The medical battle against HIV was in its infancy, and Roger eventually succumbed.

But like so many other warriors, he left this world a better place than it would have been without him.

To me, that’s a  hero. That someone I want to remember. That’s someone who inspires me.

That’s the type of person Memorial Day is all about.