And  every time I’ve struggled with the chaos and hurt that person leaves in his or her wake, I tell myself the same thing:  “I’m supposed to learn or gain something from this situation. One day, I will look back and tell myself, ‘Oh that’s why that happened.'”

And up until now, I’ve been right.

But recently, I’ve had a hard time believing myself and in myself. This time, I’m fairly confident that even God isn’t laughing,

That’s because most people recognize that Donald Trump is a narcissist. Those who support him obviously don’t care, but at least they recognize who and what he is. 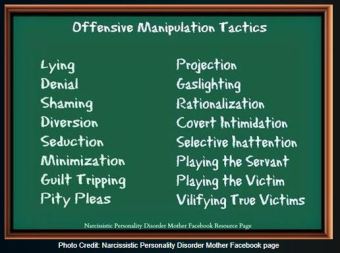 Not so for the individual that I’m currently forced to deal with. In fact, this person is so good at manipulation that I was almost a victim of their false charm and gaslighting.

A part of me wishes I had been.

Unfortunately, all I really learned is that calling out a narcissist only makes the situation worse.

I didn’t have to Google that nugget of information. I learned it the hard way.

That which brings me back to what I’ve always told myself, “Eventually, you will look back on this situation and recognize how much you learned and why you needed to learn it.”

In the meantime, I have to find humor in how ridiculous the situation continues to be and to find solace in the fact that I have a great support system. Just the other day my husband sent me a text message reminding me to channel my inner Stuart Smalley. “You are good enough. Your are smart enough. And doggone it people like you.”

He only forgot one thing, but it didn’t come from the mouth of Stuart Smalley.  Instead, it’s from that great philosopher anonymous.

“I’m thankful for all those difficult people in my life. They have shown me exactly who I don’t want to be.”