← Everything I Need to Know About Valentine’s Day, I learned in First Grade
Rockefeller’s Reminder → 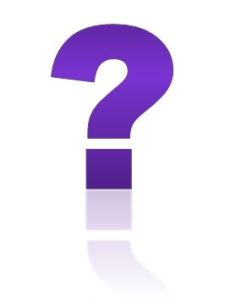 According to some people, I suffer from a very bad habit, and, if I knew what was good for me, I’d have given it up for Lent.

But I didn’t and I probably never will, so my friends and family are forced to deal with my habitual need to ask questions. Lots and lots of questions. About anything and everything.

My husband and kids call me “The Interrogator.”

I’d like to think that means they consider me a superhero who unveils misdeeds, liars and unacceptable behavior by eventually asking so many questions the truth is revealed.

Unfortunately, they aren’t paying me a compliment and instead are simply letting me know they find my all questions annoying. I’ve also been told that people who ask a lot of questions are subconsciously trying to take control of a situation.

There’s probably some truth to that, but I’d rather be annoying than to sit back and just allow people and organizations to get away with actions that affect and sometimes hurt others.

I also like to think that, as an inquisitor, I’m in good company.

This week, at her first Banking, Housing and Urban Affairs Committee hearing, Senator Elizabeth Warren questioned bank regulators about why they hadn’t  prosecuted a bank since the financial crisis. Her question seemed simple enough, “Tell me,” she requested “about the last few times you’ve taken the biggest financial institutions on Wall Street to trial. Anybody?”

Instead of simply responding “never,” the regulators tried to explain why there was no need to prosecute.

As with anything political, there are those who agree with Senator Warren and those who don’t.

I’m not even close to being in Elizabeth Warren’s league much the less in the Justice League, but I do believe heroes have to ask the hard questions. If they don’t, silence persists, and nothing ever changes.

So even though my family insists on calling me “The Interrogator” to try to shut me up, it’s not working. Instead, I’m thinking of getting one of those t-shirts with a big question mark on the front. It may not be the fashion statement superheroes make when wearing their capes, but it just might be a start.

Because if no one questions the status quo, then nothing ever changes or improves. So, far all the

← Everything I Need to Know About Valentine’s Day, I learned in First Grade
Rockefeller’s Reminder →