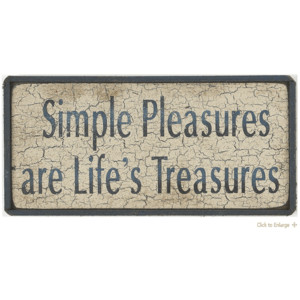 I was born in February, which means every year when the calendar flips to the second month, I am reminded that I am getting older.

I can’t blame them. I used to do something very similar when my grandfather would repeat another story about  Cap and Babe, the horses he had as a boy, or when my dad would tell stories about walking to  school in the Massachusetts snow.

I don’t roll my eyes anymore.

Now I treasure those stories and recognize the importance of preserving and passing on such memories to future generations. That’s one of the reasons I write. I want my children to have some understanding of life before technology gave new meaning to convenience and before privacy was a almost a thing of the past. And I want them to understand how life’s greatest treasures are rooted in hope, anticipation and simplicity.

Most of all, I want them to understand that we don’t  need technology or every convenience to make us happy. We can find happiness in simple pleasures.

Unfortunately, my children will probably never experience some of the most simple pleasures I enjoyed growing up:

1. Going page by page circling items in the Sears Wish Book: I have no clue whether Sears still prints an annual wish book, but even if it does, my children have never enjoyed it. As a young child, getting the wish book was almost as exciting as waking up on Christmas morning. When it arrived in the mail, my brother and I took turns going through hundreds of pages and circling everything we wanted. We knew we wouldn’t get even a small percentage of what we circled, but imagining we would was so much fun.

2. Listening to neighbor’s conversations on party lines: By the time I was a kid, many of  our parents had opted for private phone lines. But not all of them had. I remember going to a friend’s house so we could gently pick up the phone receiver and listen to neighbors talking. I’m certainly not proud of that behavior, but neither can I deny that it was fun, especially when the neighbors finally figured out we were listening.

3. Going to drive-in movies: When I was young, I remember my parents taking the family to double features at the drive-in movie. They always packed blankets, because they knew I’d fall asleep before the second movie. As a teenager, I remember trying to pack as many people as possible into the back of a van, covering ourselves with blankets and thinking we were getting away with something when only the people in the front seat paid.

4. Anticipating The Wizard of Oz on television: As a child, television was limited to NBC, CBS, ABC and PBS. We were amazed when TBS became available. With television so limited,  programming was too. Before video stores and on-demand, we simply had to wait until the networks chose to broadcast our favorite movies. Because of that, movies on television were special. The annual broadcast of the Wizard of Oz was an actual event, and I looked forward to it every year.

5. Waiting for the flag on the mailbox to go down: Before cell phones, email and the internet, snail mail was actually used for genuine communication not just for advertisements and bills. I loved writing and receiving letters. I wrote letters to grandparents and great aunts and uncles and pen pals. Part of the fun of such correspondence was anticipating a reply. Because we used the mail daily, the flag on our mailbox was always up to signal outgoing mail. When the mail was delivered, the flag would go down as a signal that the mail had arrived. I would race to the mailbox in anticipation of a letter from someone far away.

6. Watching reel-to-reel films in the classroom: When I was growing up, there were two things  my peers and I hoped our teachers would do: show either film strips and reel-to-reel films during class. We’d enjoyed filmstrips, but we longed for reel-to-reel movies. We didn’t just hope for them so they could break up the monotony of the school day. We wanted them so we could convince our teacher to run them backwards. Often, our teachers complied. There was absolutely nothing more entertaining than watching people in the film do everything backward.

7. Playing red rover red rover: Maybe children somewhere still play red rover, but my children never did. Apparently. the children’s game has been deemed too dangerous. The game, which requires two teams of kids who line up and join hand  starts when the first team  calls, “Red rover, red rover, send (name of person on opposite team) right over.”  The person who is called must run to the other line and trying to break it. If the person fails to break the chain, he/she joins the other team. However, if he or she successfully breaks the chain, this player may select someone to join his/her team. The team with the most player always wins.

8. Answering to a cowbell rather than a cell phone: I will be the first to admit I can’t function well without my iPhone, but sometimes I long for the days when we had no clue who was on the other end of a ringing phone and when others didn’t expect us to always be available. When I was a child, my parents used an old-fashioned method for calling us home. They hung a cowbell on the back deck, and my mom rang it when dinner was ready or it was getting too late to be outside.

9. Riding bikes without helmets: I understand the importance of bike helmets, and I always wear mine when cycling. But there was something absolutely exhilarating a riding down a big hill feeling the wind in my face and whipping through my hair. That’s how I would define freedom.

10. Using encyclopedias for research projects: The first step for any research project used to start with the encyclopedia. The set of books, which were updated every year, covered a wide range of subjects and had some amazing photos. Now, my children start research projects with a Google search and access to information that was beyond my greatest imagination as a child, They might get answers with a few key strokes, but they are missing out on the pleasure of wasting hours thumbing through paper pages of odd bits of information and trivia.