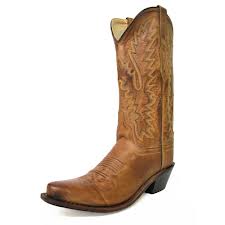 For years I’ve been told I have a strong personality and a reputation for saying what I think.

I’ve never known whether those comments are meant to be compliments or insults and whether those traits are strengths or weaknesses.

What I do know is that I can’t hide who I am. There was a time in my life when I did, and I was absolutely miserable.

We had recently moved from Oregon to West Virginia, and I was trying to understand and assimilate into a brand new culture.

Conformity was the norm, and I had never learned to conform.  But I tried, which is why I was excited when the theme one day during spirit week at school was “Western Day.”

That, I could do. My family had lived on an Indian reservation, so I could wear the jewelry. I’d been to more rodeos and roundups than I could count.

I chose to go with the cowboy hat and cowboy boots theme.

Only that too, was all wrong.

The other girls wore stylish cowboy boots with rounded toes. I wore pointed cowboy boots that had actually trudged through fields of cattle and horses and probably still had traces of manure clinging to them.

Needless to say, I was ridiculed all day for my pointy boots.

Because of that, I hated those cowboys boots. Not only did they represent being a misfit and a nonconformist, they represented not how unhappy I was when I wasn’t true to myself.

Then something amazing happened.

I went to college, and I met people who didn’t need to conform and were happy to express their opinion regardless of what other people thought. And they still had friends.

I went to work and met people who shared my values and were confident in their beliefs. And they still enjoyed life.

And I started working with disenfranchised members of the community who believed in themselves and what they contributed to society no matter what others thought.

And the real me came back: the me that is opinionated and outspoken and who sometimes wears boots that aren’t in style.

But the boots I do wear are walking down a path that I really want to take. And even though that path may be rocky, this opinionated and outspoken woman couldn’t be happier.

She likes that path.