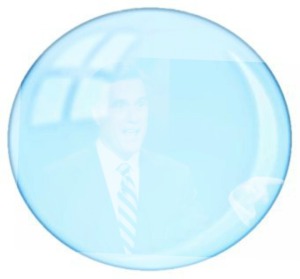 Keeping an eye on politics this week  has been as compelling as anything the best Hollywood writers could make up. Mitt Romney, the front-runner for the Republican nomination for President of the United States, actually said that he cares about Americans but that he isn’t concerned about the very poor because they have a safety net.

That’s precisely what he said.  In that exact order.  What happened next, while predictable, was still extremely entertaining.

Some political pundits latched onto the concept that Romney didn’t care about the poor and (gasp) he didn’t even consider them Americans.

Others suggested that he was supporting the notion that government should help the poor indefinitely without encouraging them improve their situations.

And others, particularly those in the Republican party, despaired that Romney is a bad politician who blunders when he doesn’t have a teleprompter.

I have to agree with the latter.  When Romney opens his mouth without a script, his comments seem unsympathetic to the average American.  His latest remarks about the poor just add to the growing concern.

The  doubts have been building with every questionable statement:  his spontaneous offer to bet Rick Perry $10,000 (a very sizable amount of money to the average American);  his remark that he is also unemployed (not funny to the millions without a job or a daily income like he has) and his insensitive language about liking to fire people.  All of these feed into the perception that Romney has no clue about the daily struggles many Americans face.

And there may be something to that. He has, after all, lived in a bubble his entire life.

He grew up in a bubble and doesn’t appear to have left it. That bubble has protected him from worrying about which bills he could afford to pay or whether his children would be able to go to college.  I’m pretty sure that there’s never been any coupon clipping, layaways  or bargain hunting in the Romney bubble.

But apparently the barrier between Romney’s bubble and the rest of the world isn’t impenetrable. Rumblings of discontent about the disparity between the very rich and the rest of the country actually seem to be reaching Romney’s ears. But the layers of film between us are distorting the message, and he just isn’t hearing it correctly.

But Romney’s not alone.

Because of  religion, socio-economic status and even our appearances, many of us live in a bubble and generally associate with, relate to and hear the opinions of people who are very similar to us. And while some people step outside of their bubbles, others never do.

The problem with staying in your own bubble is that you generally don’t hear or understand the plight of those outside the bubble.  I’ve bumped into a lot of those people as they float through life. It’s not that people who stay in their own bubbles are bad people. Bubbles simply distort how they see things, so their view of the world just isn’t accurate.

But who can blame them? Living in a bubble can be deceptively comfortable.

Unfortunately, people who are floating around in their own bubbles are still part of the real world: a world where poverty is not a moral issue, where people still face discrimination and where money is a driving force in determining who has power.

If you are floating around in a bubble,  your hands may never get dirty, your heart may never fully empathize and your head may never understand.

And that’s the problem with Mitt Romney.  It’s hard to understand something you’ve never felt or experienced.  And it’s even worse if you don’t recognize the fact that you’re living in a bubble.

On the bright side, most everyone likes watching bubbles float away and eventually pop.  Even as a child, I found the sight highly entertaining. I’m pretty sure I still do.